I had to share one of my favourite tunes with you - The Last Mile.. It's written by Scottish musician and composer. Mark Stewart, who just so happens to be my husband.

The Last Mile is getting played so much between here in Scotland and my native Canada that it's fast becoming a well-known tune among pipers, fiddlers, pipe bands and trad bands.

Mark wrote the tune on his way home from band practice one night around 2004/2005. He was playing with the Drambuie Kirkliston Pipe Band under PM Ian Duncan and his brother and Pipe Sergeant Gordon Duncan. Mark grew up playing with both Ian and Gordon in the Vale of Atholl Pipe Band.

Mark wasn't in the door for more than a minute when he took out his chanter and said, 'What do you think of this?'.

He proceeded to play me two complete parts of a wickedly delicious reel. I figured it must have been a tune handed out at band practice that night, but when I asked him what it was he said the tune came to him as he passed the gates of Drummond Castle on his way in to Crieff, on the last mile home. 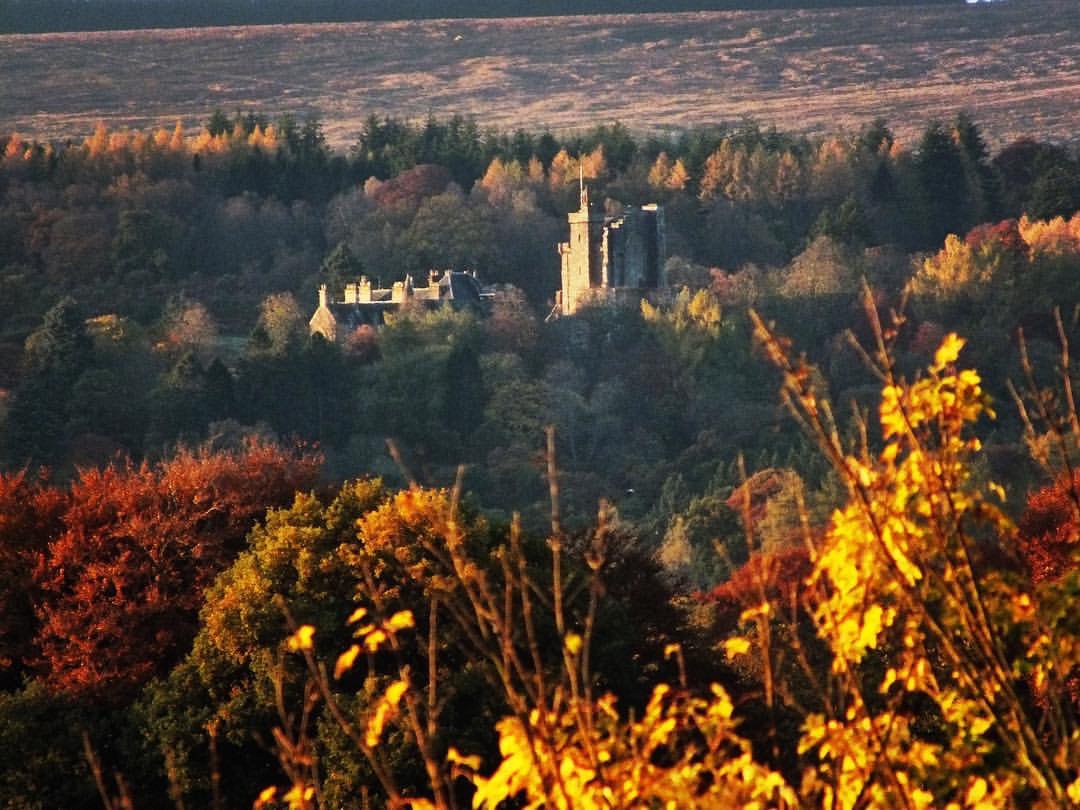 View of Drummond Castle from our music room.

Although I had witnessed these spontaneous compositions come out of him dozens of times before, I sill found it mind-blowing that he could take a tune from his head, transfer it perfectly up to speed on to the practice chanter and it would sound that good the first time he breathed life into it.

Composing is almost effortless for Mark. It's as if fully composed tunes are somehow transplanted into his brain and he is the conduit for allowing the music to come to life.

The first person to record The Last Mile was one of Scotland’s most recognised and accomplished fiddle players and composers, Duncan Chisholm. Our piper friend, Stephen Saint, played in Wolfstone with Duncan so we got to know him on a trip to Copenhagen and some other times with the band.

Duncan Chisholm
You can find The Last Mile on Duncan's solo album, Canaich. on the Exile Reels track, starting at the 2:09 minute mark. 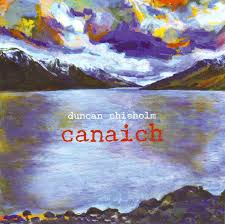 Duncan also performs it here with some other top musicians. They do a phenomenal job of The Last Mile. Boy, is it a crackin' track. It features Duncan Chisholm, Jarlath Henderson, Ali Hutton, & others. 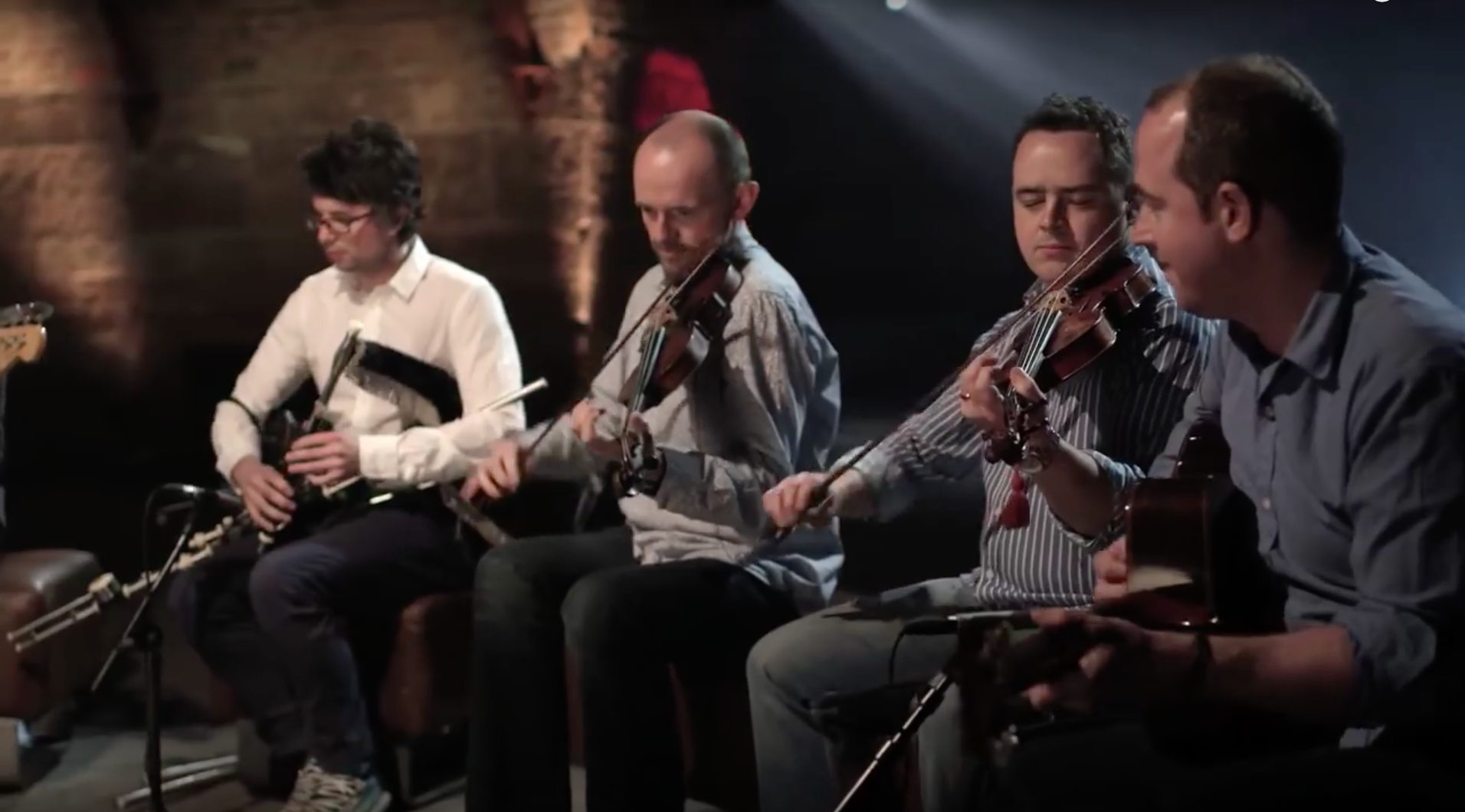 Clicking on any of the photos will take you directly to the music mentioned.

Rachel Davis
The Last Mile is also on Rachel Davis' Turns Cd on the 'March To The Landlord's Walk' track (4:44 mins). Rachel heard Duncan playing it at a festival and went home to Cape Breton and taught it to herself. 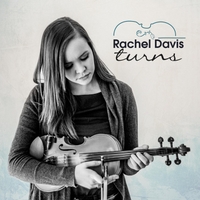 Charlie Grey & Joseph Peach
Scottish fiddle/piano duo, Charlie Grey and Joseph Peach give The Last Mile a bit of a techno/Gaelic twist on their album 'Waves Rise From Quiet Water'. 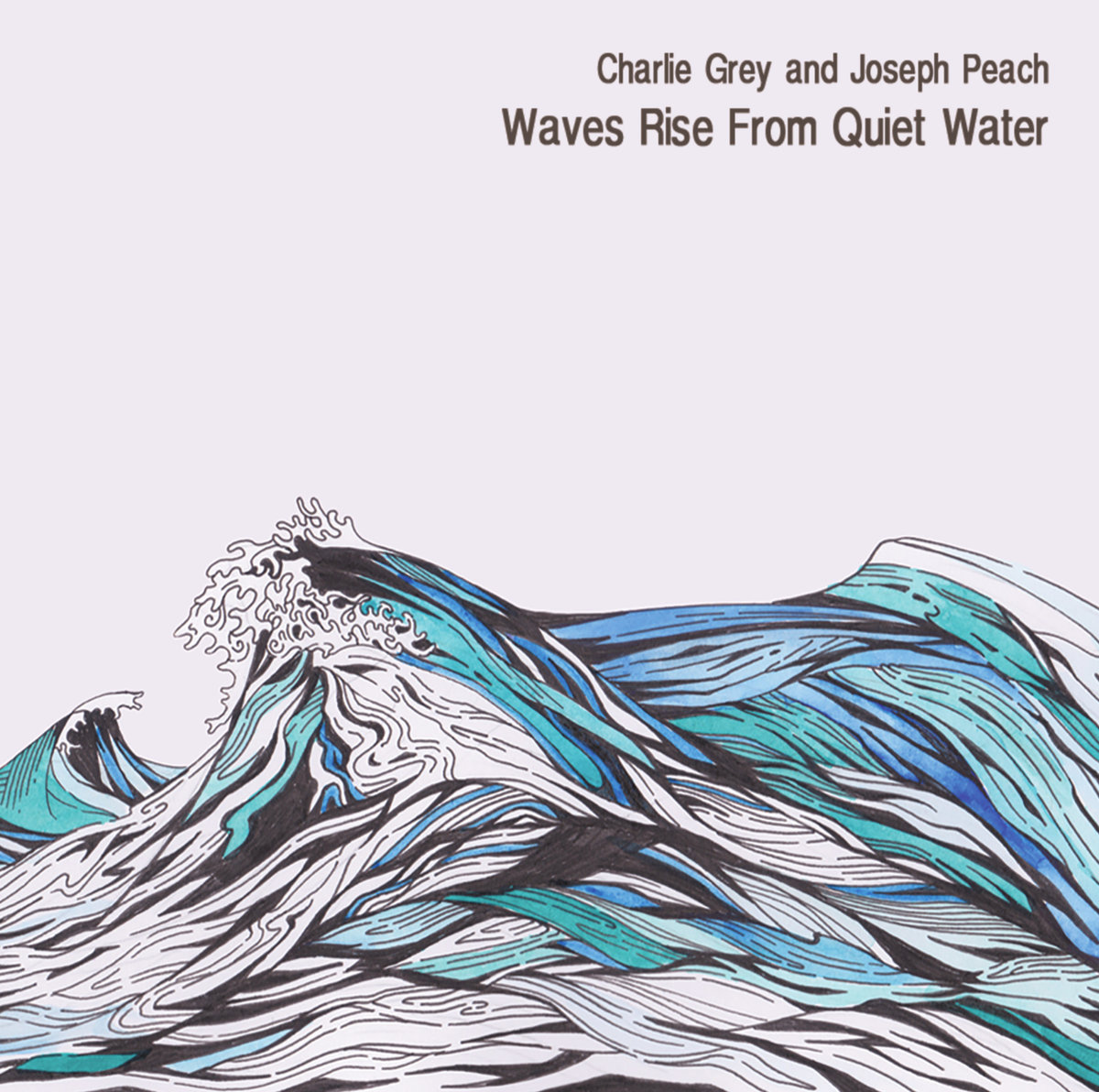 The Last Mile was originally a two parted tune when Mark gave it to Duncan Chisholm. However, when Fife Police Pipe Major, our friend Douglas Murray, heard the tune he loved it, but asked Mark to add another two parts for the band to play in their Medley. Within a matter of minutes Mark had another two parts written.

Fife Police Pipe Band
Here is a clip of the Fife Police Grade 1 PIpe Band ending their Medley with the Last Mile at the 2014 European Championships. Mark is also a member of the band. 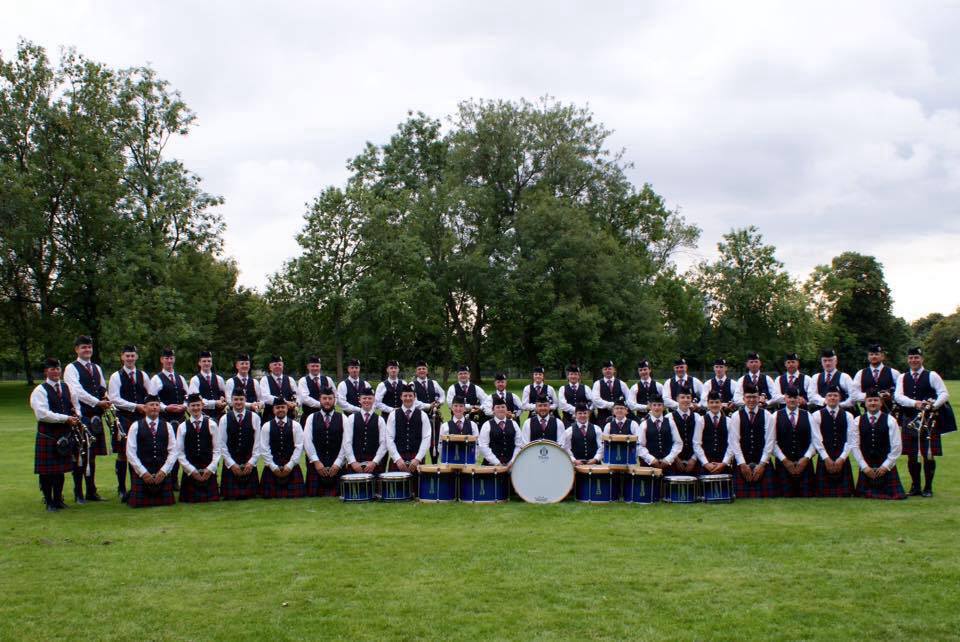 Alex Gandy
Pipe Major of the 78th Highlanders Halifax Citadel Grade 1 Pipe Band, Alex Gandy, ended his solo medley with The Last Mile at the 2015 Metro Cup competition which he went on to win 1st Place. 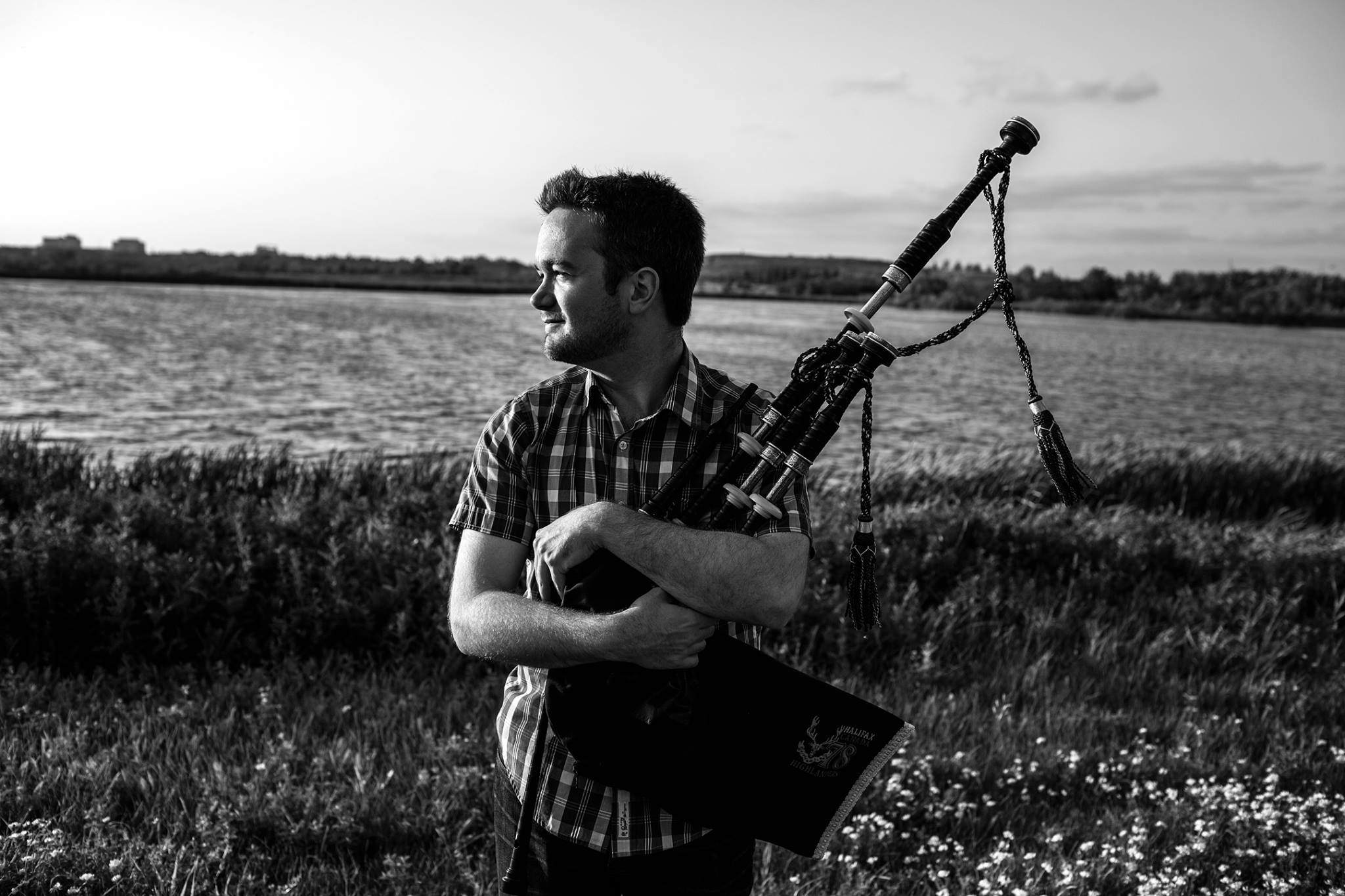 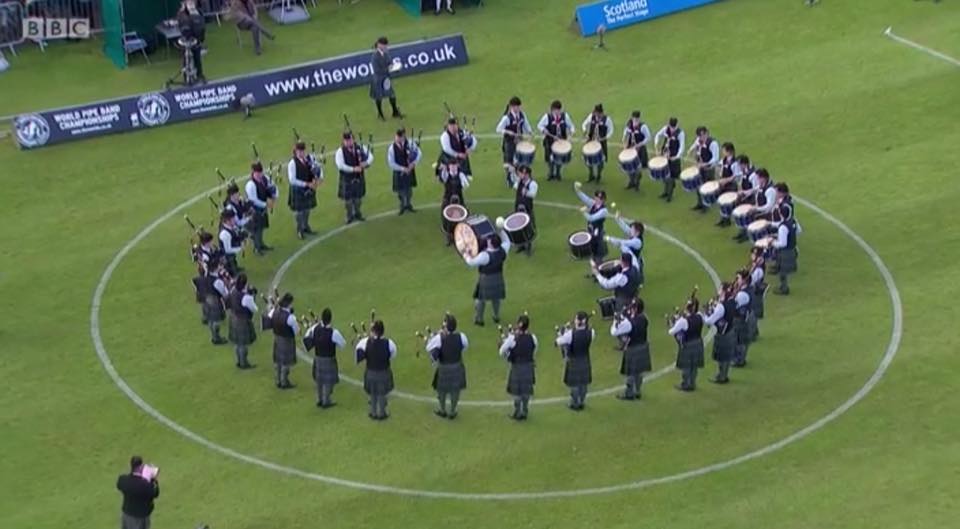 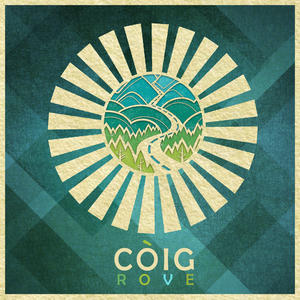 You can also catch Còig playing it as part of their D Jigs set on the Old Crow Magazine. 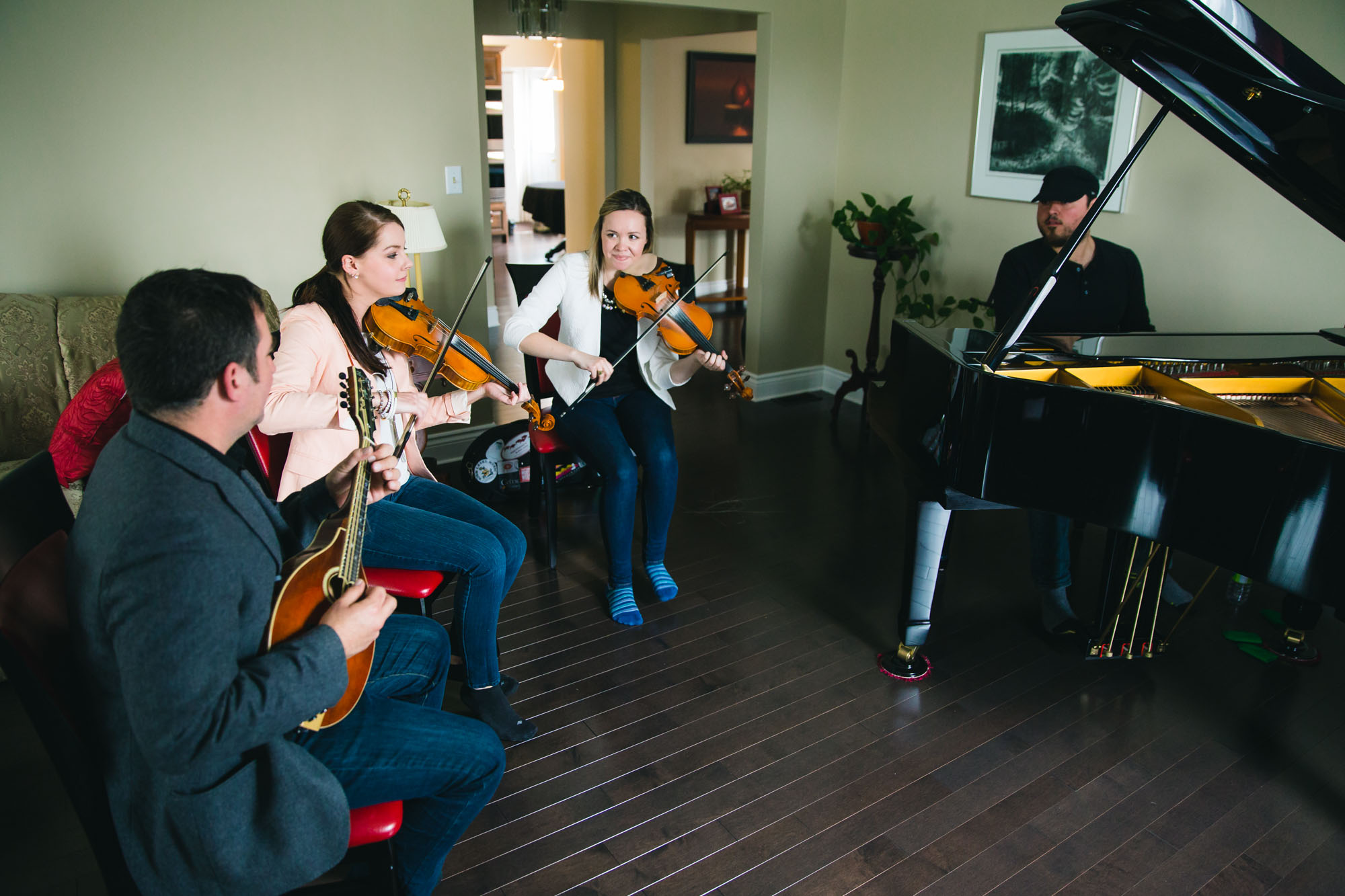 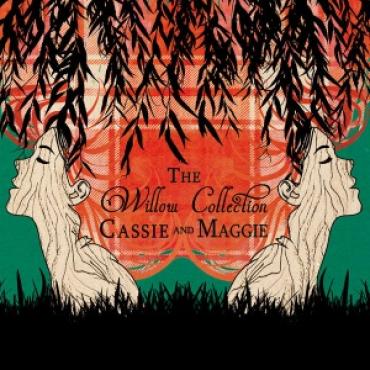 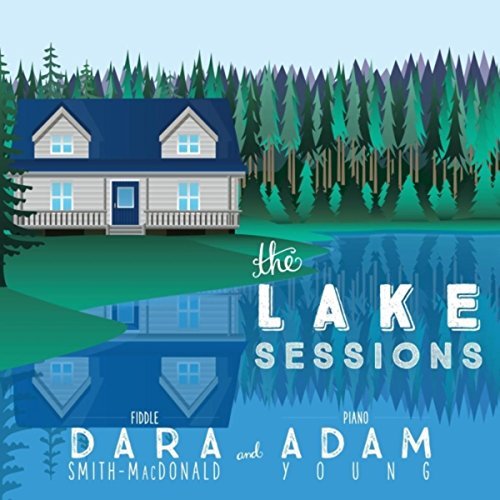 Sleego
Sleego, a modern Celtic Folk group from Italy, recorded the Last Mile on their debut album. Inspire. It is featured on the track 'The Exile Reels' and starts at 2:46 minutes. Band members include Manuel Vignoli (violin),  Domenico Strippoli (percussion) and Lucio Altieri (acoustic guitar). 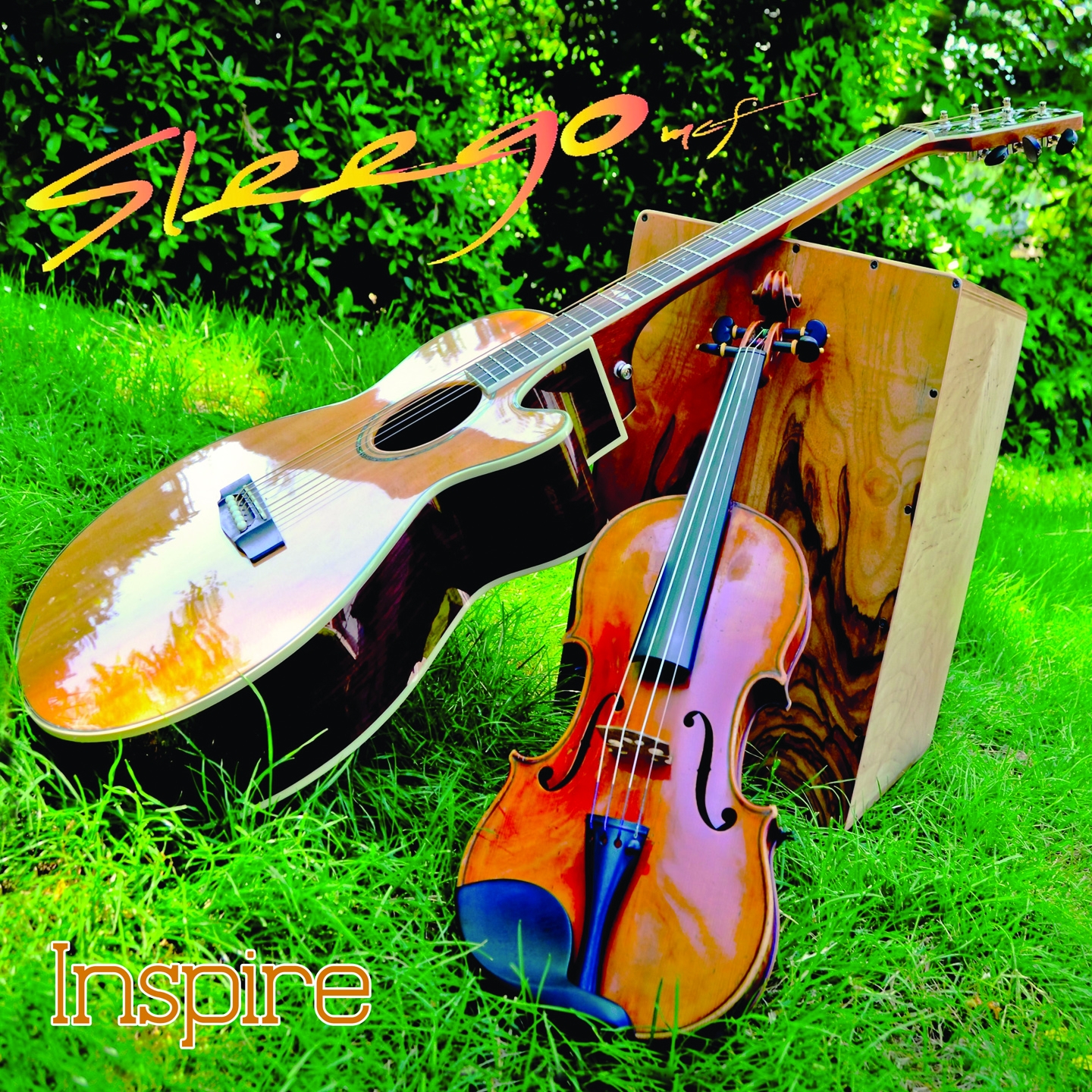 Two out of the five albums nominated for the 2017 Canadian Folk Music Awards in the category of Traditional Album of the Year feature The Last Mile. 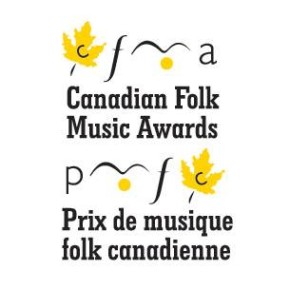 Traditional Album of the Year 2017 Nominees:

Glasgow based, neo-trad project featuring Ali Levack & Pablo Lafuente. Smok’s debut album, “Horizon’s” was released in the spring of 2018. As well as their own input, it features the bodhrán playing of the legendary Martin O’Neill.

This was a relatively impromptu/quick fire set of tunes to close their album launch set a couple of weeks ago at Celtic Connections 2018. It was a lovely surprise to hear Mark's 'The Last Mile' at the 4:26 minute mark. 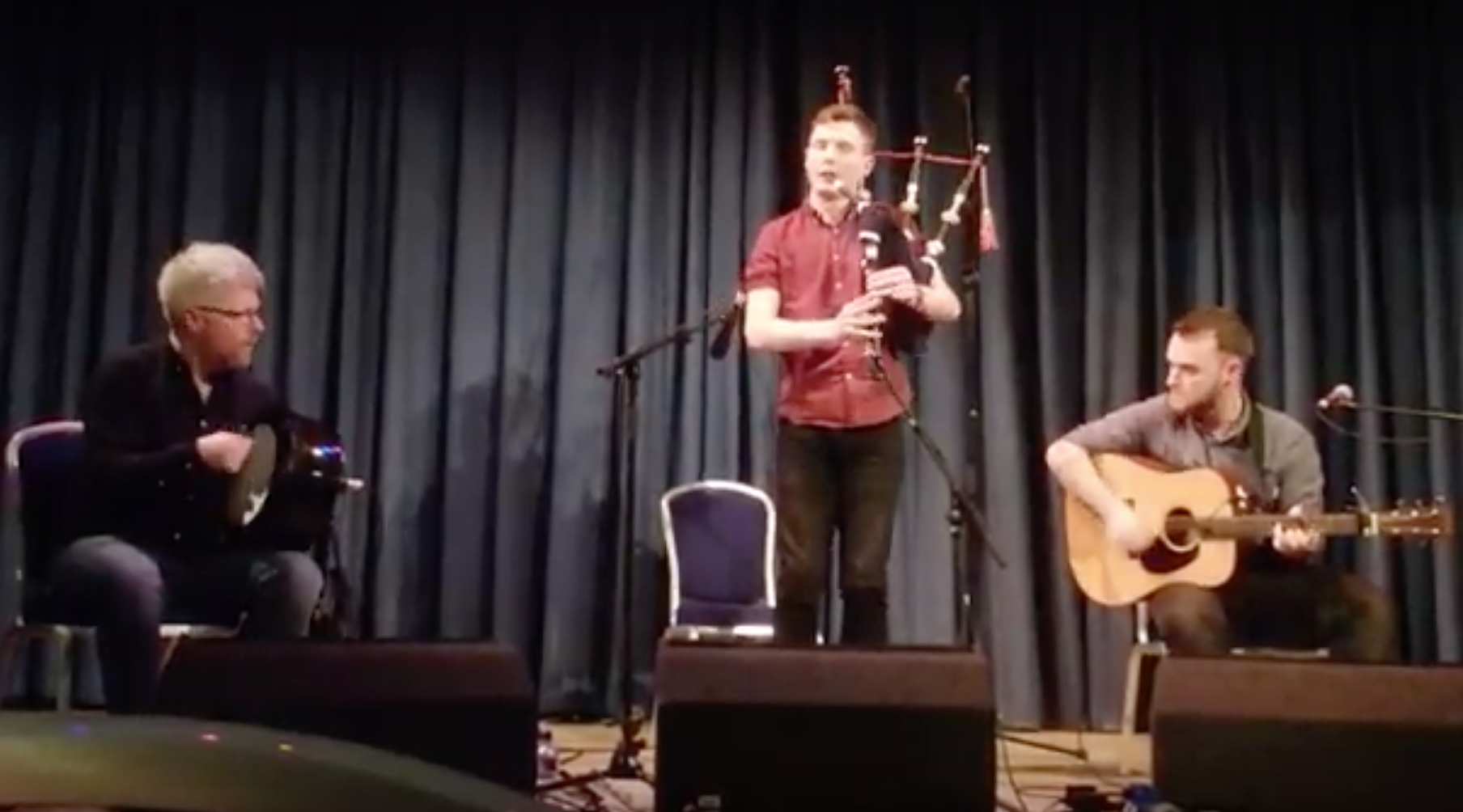 You can download/purchase/stream their album, 'Horizons' now via Bandcamp/iTunes/Spotify/Apple Music.

Mark is happy to share his tune with anyone wanting to learn so I've attached it below.

For those planning to record it, it is registered with SOCAN. 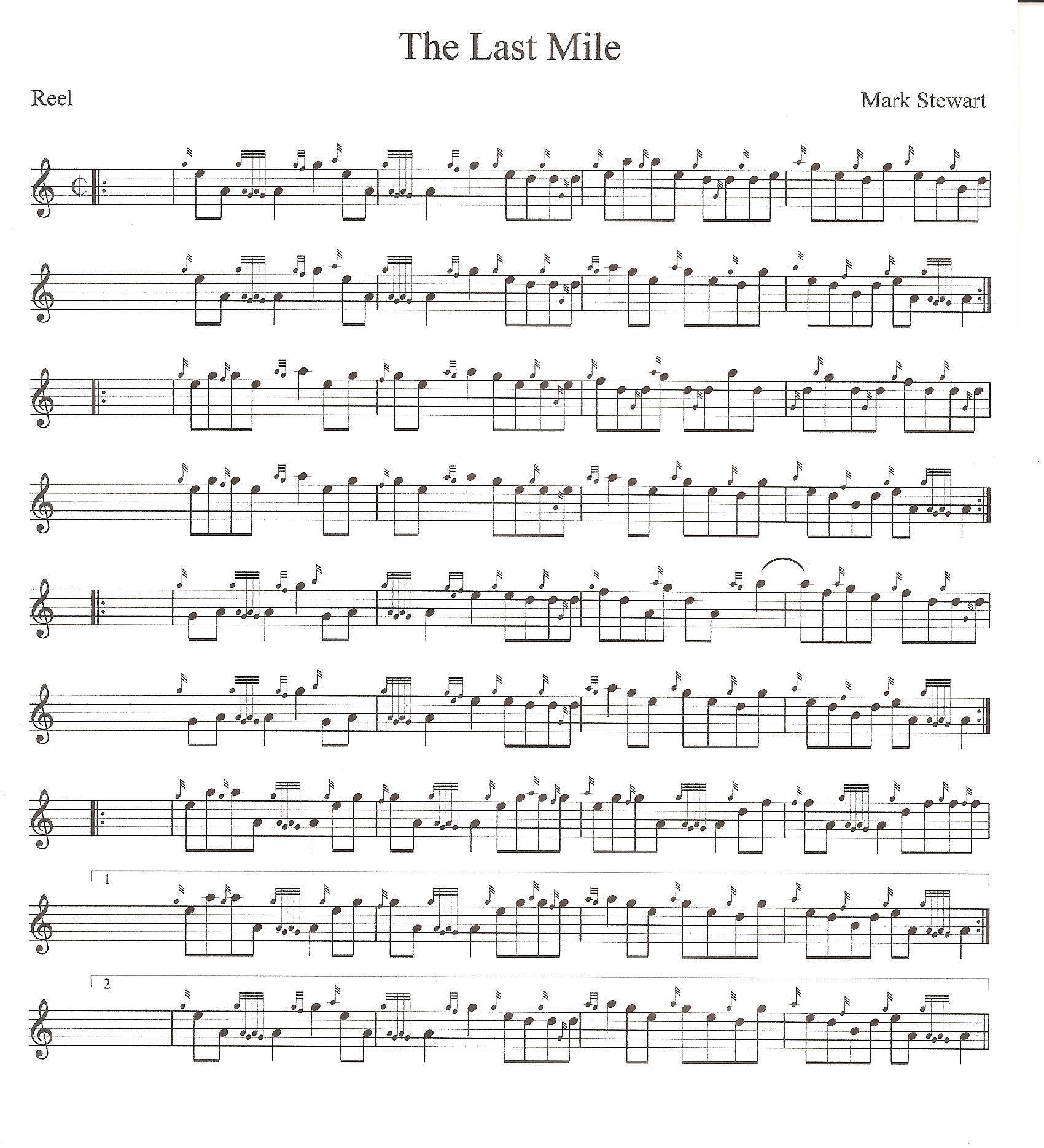 I’ve been drumming for 40 years, and teaching for 30, but when I damaged my voice to the point on almost needing surgery 12 years ago I had to look outside the typical teaching box.

That's when I took the leap to step in front of the camera.

Now I am empowering others to share their talents with the world to do the same.

Want my freebie on how I got my videos watched in every country in the world and over 2 million views?

Yes, I Want Your Free

We won't send spam. Unsubscribe at any time. 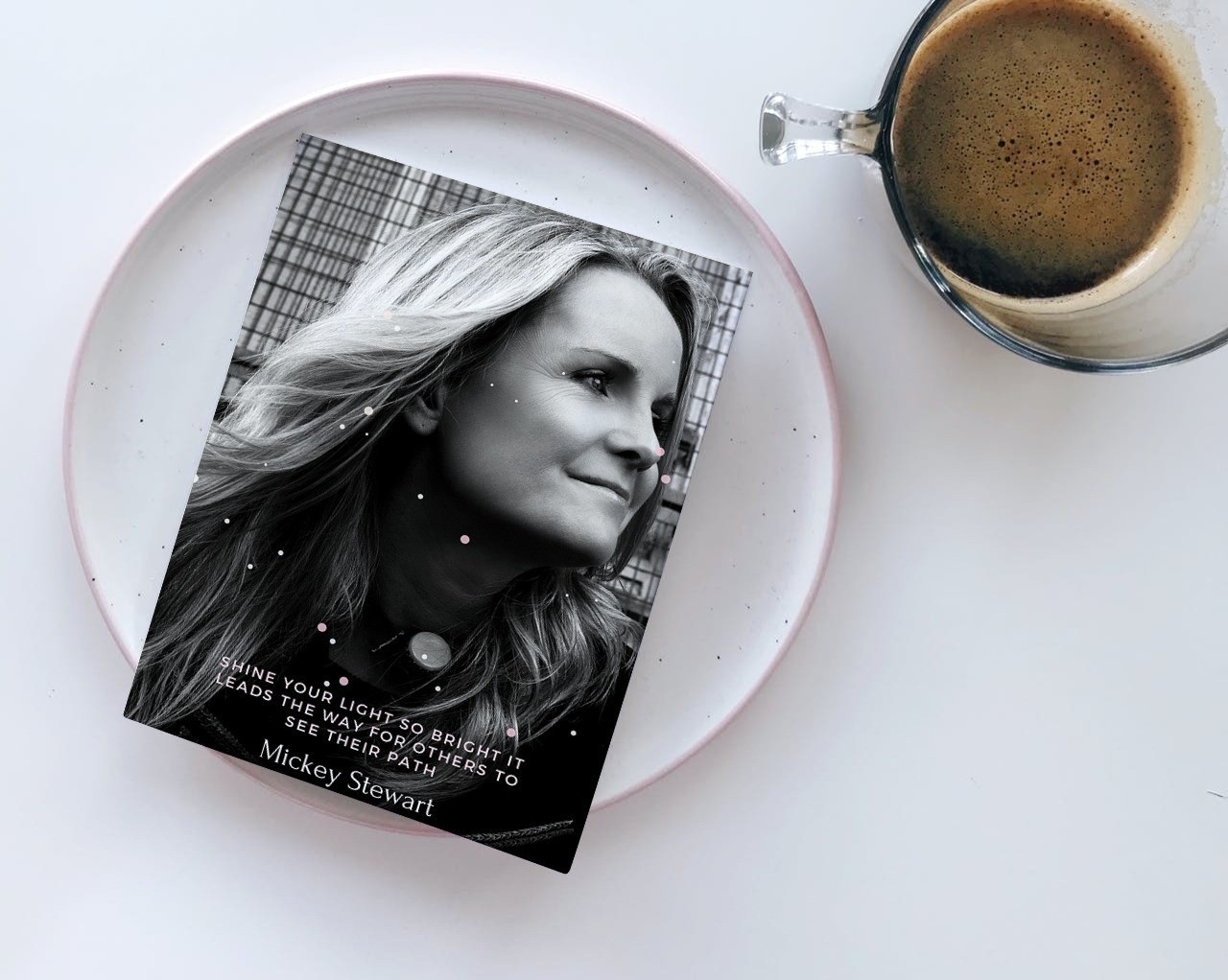 I’ve been drumming for 40 years, and teaching for 30, but when I damaged my voice to the point on almost needing surgery 12 years ago I had to look outside the typical teaching box.

That's when I took the leap to step in front of the camera.

Now I am empowering others to share their talents with the world to do the same.

Want my freebie on how I got my videos watched in every country in the world and over 2 million views?